Here are three ways you can ease your way into retirement. 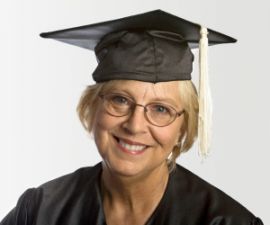 Are you looking forward to no alarm clocks, nowhere to be, nothing to do for some undefined period starting day one of your retirement? Dreaming of no one to answer to? Craving some serious down time before you figure out what’s next for you? Beware. You need a segue plan. And no, it’s not endless days of open-ended nothingness. It’s a plan that takes you 180 degrees away from your career, doing something that really gets your juices going. It will take you successfully from your last day of work through some pre-determined period of time, so you can avoid post-career depression and other assorted woes that happen to those who fail to plan an excellent segue. You may not know what’s next for you, but you can make sure that you set yourself up for a painless transition.

Here are three terrific ways to segue from your career to retirement:

1. Plan a year-long adventure.
When Don Kjelleren retired in 1993 after 37 years of service with DuPont, he instinctively knew that if he went to a dead stop from traveling non-stop around the world and managing over 1000 employees running international marketing for the company, it would be, well, deadly for him. As a lifelong mountain climber, Don had already climbed many of the planet’s most famous mountains. He is also an adventurer, so he combined his love of travel with his passion for mountain climbing and his competitive nature and created a year-long goal to climb the highest mountain, run 10 miles and swim one mile in all 50 United States.

And, in case you think this was all a slam dunk for Don, you need to know that before this adventure he was terrified of the water. Not only did he overcome his fear and reach his goal, but Don successfully decompressed from his high-powered career and was recharged and ready to create the life he’s enjoying today. He currently serves on the Governor of Delaware’s Commission on Lifestyles and Fitness, is Vice Chairman of the National Senior Games Association (the Senior Olympics), Chairman of the Advisory Council for the New Castle RSVP, and belongs to a number of additional organizations associated with health and well-being. Don loves focusing his time and energy on his mission—encouraging others to take responsibility for their health.

2. Get a degree in a topic that fascinates you.
When Jean Shula left her career as a successful therapist at 62, she, too, was ready for an adventure. She’s curious about the world, loves meeting people of all ages and exploring new cultures, and has had a lifelong love of learning. She thought learning something new would be a kick, and while exploring what was out there stumbled upon the European Peace University, and a year long master’s program—one academic year spent at the University in Austria and then finish her thesis at home.

Jean found the program exciting, stimulating, and intellectually challenging, but her greatest joy was living in a dorm with people from every continent, many of whom were living side-by-side with their “enemies” (i.e. Israelis and Palestinians, Indians and Pakistanis.) She found it a great place to lose one’s fears and prejudices, and she came away from the year with an understanding that she’d already led a full, rich life, and had accumulated some wisdom to share. By the time she had completed her thesis, she knew that she would pursue her lifelong dream of writing. Today, the success of Jean’s first book, The Coming of Aging: Learning to Live from the Inside Out, takes her around the country keynoting and leading workshops, and her second book will be published shortly.

3. Shift down in your work, as you gear up for the next thing.
Claire LeSage is retiring soon and has created (and is already living) her segue plan. She decided that she was going to take control of her life and her future, so she began exploring—through coaching—what might be next for her. Claire was pretty certain she wanted to start her own business, and it didn’t take her long to hone in on the idea of Wittz End, a relocation concierge service specializing in helping seniors, their families, and estate executors prepare, organize and coordinate the entire moving process. Her personal experience of moving friends and family over the years had led her ultimately into the moving industry where she’s worked as an administrator for the past 17 years.

Now halfway through her plan, Claire’s website is about to be launched, logos, business cards and brochures are printed, and her home office is coming together. Recently she began working 4 days a week at her job, and three days a week on her new business. She’s begun networking, joined BNI (Business Networking International), and is negotiating offering her services through the company she’s working for. Who knows? As the year progresses, she may drop back to three days a week, or even two. One thing’s for certain. Using this last year of work as her segue is setting Claire up for a strong start to her new “retirement” life.

Remember—that dream life of nothingness could well be a nightmare. Think about how you’ll segue into retirement, and create a plan for yourself that’s fun and challenging.