A Napper’s Guide to Better Health

Rest is healthy for people...we sleep for a reason. 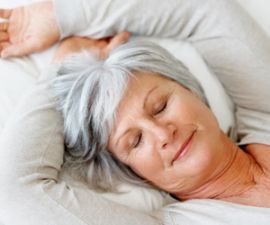 A study devised by the head of Epidemiology of the Harvard School of Public Health demonstrated that Greek men who regularly napped experienced far fewer heart related deaths. Though the study should be repeated in countries with differing lifestyles, it’s brought back to public awareness that naps can be healthy for you. They are particularly useful as part of a lifestyle where Food-Activity-Rest are used in sequence throughout the day.

It’s difficult to study the health effects of naps. Many people who nap a lot do so because they must – they’re sick. Whether it’s the ravages of cancer, stroke, heart disease, or sleep disorders like sleep apnea, many regular nappers sleep in the daytime without choice. They need this sleep time to heal. Unfortunately, public attitudes about napping are influenced by their experience of those who are ill. Too many Americans consider napping the refuge of lazybones.

The Greek researchers attempted to control the reality that many nappers suffer from chronic disease. They deliberately studied healthy people, and followed them for an average of six and half years. Working men showed a major drop in cardiac deaths. Many did physical labor. That they would rest by napping was no surprise. Many studies show that napping restores alertness and enhances productivity. The surprise was that death rates decreased.

Napping is Natural
Most mammalian species nap several times a day; just watch your cat or dog. Humans tend to nap only once a day, as expected from the design of our biological clocks. Generally, human alertness follows our inner body temperature curve with an approximate two hour lag. In the evening, when our inner core temperature is rising, we’re quite alert. When in the late night body temperature quickly declines, almost all of us sleep. When core temperature’s curve is relatively flat, as in the afternoon, people may be either awake or asleep. Present estimates are at least a billion humans nap every afternoon.

One of the reasons people nap worldwide is that they don’t get enough sleep. Americans have cut about ninety minutes off sleep in the last forty years, producing a staggering national sleep debt. The cranky, tired working population that results rarely sees the connection between their fatigue and sleep loss. Long naps on non-laboring days are sometimes explained as the result of “overwork.” American college students, among the world’s premier non sleepers, typically sleep through morning classes and require marathon weekend naps.

Napping With Purpose
Napping can have many healthy results, depending on why you want to nap; time of day; and the nature of one’s work. Shiftworkers often nap prior to their night-shift jobs. Many CEOs take short naps in the middle of the afternoon. Unfortunately, many of these leaders of state and industry will not allow their underlings ten or fifteen minute naps in the middle of the day, which numerous studies show can increase worker productivity (lunchtime exercise can also increase productivity). Many creative people, like writers or painters, extol the ability of short naps to power their imaginative work.

Japanese night workers routinely nap in the early morning, around 4 a.m., when human productivity normally hits a wall. Ballplayers often nap before night games. Adolescents, with their increased natural sleep need, love to nap. It’s probably helpful for their rapidly developing brains. Come puberty, adolescents thoroughly rewire their brains. Perhaps 30 to 40% of synaptic connections are destroyed or replaced. Sleep plays an important part in this rewiring, as deep sleep and REM sleep are necessary for memory and learning. Recent studies in sleep deprived rats may provide a clue why; they failed to grow new brain cells in the hippocampus, a critical brain memory site.

Nap length is a complicated issue. Naps of ten to fifteen minutes rarely cause sleep inertia, the feeling of drowsy fatigue that often results after longer naps. Naps of thirty minutes or more often engage deeper phases of sleep, and on waking leave you less alert. Thus short naps may be better for midday work alertness and productivity. However, the Greek study found the greatest mortality improvement with those who took regular naps of thirty minutes or more. Longer naps can impair the performance of fire, police, or emergency aid workers, who need to be sharp all the time.

Will Afternoon Naps Save My Life?
At this point the answer is definitely maybe. Greek laborers may save themselves from fatal heart attacks by napping, but Greeks generally have healthier diets than Americans, and very different physical regimens. As these words are written, researchers around the world will be dusting off their data sets, looking to see if naps decrease mortality in their populations. We should see clearer answers for Americans in the next few years.

What the Greek study does show is that rest is healthy for people. We sleep for a reason. Rest allows us to revive and rebuild our tissues. Rest restores us. That Greek male workers markedly cut their death risk by napping after work may be a result of human design, as our bodies appear to do well alternating physical activity with rest. Employers should wake up to the fact that short afternoon naps can improve daytime workers’ morale and alertness. Naps can particularly aid shiftworkers. Many night-time workers are heavily penalized for taking naps on the job. They should not lose their livelihood for doing what is necessary to preserve health and alertness.

So if it’s early afternoon and your boss isn’t looking, you might think about taking a nap. But keep it short. As soon as you’re awake, there are lots more articles to read that can improve your health.