What 2012 IRA, tax, and Social Security changes mean for you. 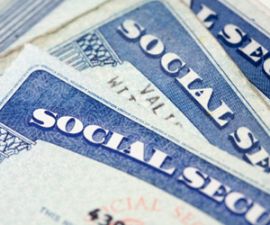 Social Security and Supplementary Security Income (SSI) beneficiaries are receiving a cost of living adjustment (COLA) in 2012, the first time this has happened in several years. While this may sound like a good thing, it’s actually a “mixed bag” for a couple of reasons. First, Medicare premiums will also be on the rise next year and, according to the Social Security Administration, these premium increases could be roughly equivalent to the increase in Social Security payments for many individuals, essentially making the whole thing a wash.

But hey, a wash is not that bad, especially compared to the many Americans who will actually end up on the losing side of the equation thanks to the aforementioned increases. “The losing side?” you might ask. “How could anyone be on the losing side here?” Well, consider this. Just how do you think Social Security pays for the COLA increases?

If you spend more, you’ve got to take in more (or so you’d think)—and that’s exactly what will happen. Starting January 1, 2012 the amount of wages subject to the FICA and FUTA (the fancy terms for Social Security and Medicare taxes) will increase from 106,800 to 110,100. According to Social Security, this increase will cause roughly 10 million U.S. workers to pay higher taxes.

As if that weren’t enough on its own, the current “payroll tax holiday” is also set to expire at the end of 2011. This tax break, created under the 2010 Tax Act passed last December, lowered the employee portion of FICA (Social Security) taxes from 6.2% to 4.2% for 2011. There is some talk about extending the tax in one form or another, but at this point, that’s all speculation. So barring any changes between now and the New Year, without technically increasing taxes, workers will go from paying 4.2% of their first $106,800 in wages to FICA taxes in 2011, to paying 6.2% of their first $110,100 wages to FICA taxes in 2012.

Enough with that already. How about some good news that is actually, well… good? (What a novel concept). In 2012, the elective deferral limit for plans like 401(k)s and 403(b)s will be increased from $16,500 to $17,000. That means that workers—perhaps you—will be able to sock away an additional $500 per year on a tax deferred basis. That could be used to help save money on taxes now or, if your plan has a Roth feature, it can be used to help grow your future tax-free retirement savings. The catch-up contribution for 401(k) and other similar plans remains at $5,500. So if you are 50 or older by the end of 2012, you can defer up to $22,500 of your salary into your plan.

Although many of the other limits, such as the limit on the maximum amount that may be contributed to an IRA (or Roth IRA), remain the same for 2012, there are a few other limits we have not discussed here that have been increased for inflation for 2012. So make sure to consult with your financial advisor or tax professional before year-end to make sure you will be maximizing all the opportunities you have for 2012.