Home  »  Articles  »  A Little Knowledge Can Go A Long Way

A Little Knowledge Can Go A Long Way

In fact, it can make the difference between life and death. 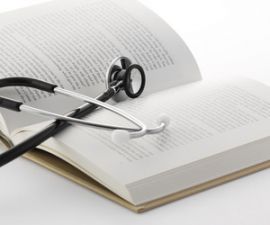 Europe’s medieval cathedrals were built without the benefit of Newton’s “modern” physics. Masons constructed holy edifices of stone without truly understanding what kept them aloft. They still stand. They still provoke amazement.

And people can restore their health and regenerate their bodies without complete knowledge of how the process works. Like the medieval masons, we just need a few rules of thumb. We know this from the remarkable work of Dr. John Snow.

The Matter of the Pump Handle

Snow was born in 1813. He was apprenticed to a physician at age 14, but in later life briefly attended a London medical school. In his time he was famous for standardizing doses of anesthetics. He administered anesthesia during two later deliveries, of a son and daughter, to Queen Victoria.

Today he is most famous for something else. In 1854, London was hit by a severe cholera epidemic. Unlike most of his countrymen, John did not think cholera was spread by “vapors” or a “miasma of air.” He carefully studied where the cases originated—within the city. He discovered the large majority of cholera victims used a specific city well for their drinking water.

The epidemic petered out.

Snow knew the epidemic was already ebbing. He recognized that he could not claim limiting the water supply had in any direct fashion caused the epidemic to end. In large part, that was because he did not why the epidemic had occurred. The germ theory of disease—that cholera was caused by a bacterium—was still in the future.

What Snow did know was that he probably could stop the epidemic simply by stopping people from drinking the pump’s water. Later it was discovered the epidemic producing public drinking well had been drilled only 3 feet from a cesspit.

Changes in sanitation and nutrition have continued to be major drivers of long term survival for many human populations.

Smoking was uncommonly popular in the 1940’s and 1950’s. There were occasional studies—some of them old even then—pointing towards smoking as a cause of increased mortality.

Then Richard Doll surveyed British physicians on their smoking habits.

The results were unequivocal—the more doctors smoked, the more lung cancer they developed. Precisely 100 years after Snow’s breakthrough on the London cholera epidemic, Doll and others showed that quitting smoking could prevent lung cancer.

Later it became understood that tobacco smoke included perhaps 10,000 substances, among whole hosts of carcinogens. Researchers also identified polonium-210, a radon daughter, as concentrated in tobacco smoke. When people light up, they really light up.

Yet those results were well in the future. Though Doll had not identified why, he had identified tobacco as the proximate cause of lung cancer. He also demonstrated a staple of public health from at least the time of John Snow’s work—that health is about how people live.

From John Snow and others like him came the field of epidemiology—the study of disease and illness in populations. We can still learn a great deal from such studies.

Recently Professor Christopher Murray decided to look at the causes of death for the entire American population. In the end he divided it into 8 separate groups, distinctive by their different patterns of mortality.

He found that groups of Asian American women living in metropolitan New York were living well into their nineties. This was not expected. The daughters born in the US were living five years longer than their parents born overseas. Many groups were living far longer than they had in their original “home” areas. The Asian American women in Bergen County had an expected lifespan of 91.1 years—while living in the cancer hotspot of Northern New Jersey.

Other populations also live far longer than others. From these types of studies you can determine factors that aid others to long, healthy lives. They include:

We do not know precisely why certain public health measures work. Snow had no concept of bacteria; Doll did not know about the carcinogens in tobacco smoke.

But small bits of knowledge can still prove extremely useful. Certain ways of living and behaving are good for individuals, the environment, and communities. They lead to better health and longer life.

We can implement those policies from the mountain top level—as in national anti-smoking campaigns—to the micro level—as in how you and your family eat, move, rest and socialize during the average day.

A small amount of knowledge can then make the difference between life and death—between regeneration of one’s body on one hand, and illness and disease on the other.

As in John Snow’s time, it still doesn’t require precise understanding to obtain excellent results. If you know the basics of what your body is built to do, you can act on them.