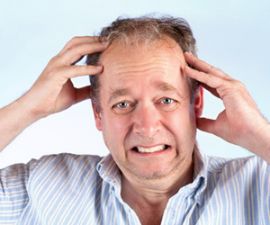 A real-life case that has recently come to our attention dramatically reinforces what we have been professing for more than a decade: Having a financial advisor who is expertly trained in the rules applicable to IRAs can be one of your most important investments.

In this case, three siblings inherited a $270,000 traditional IRA in equal shares from their widowed mother. Informed that the beneficiaries wanted to split the inherited IRA three ways so that each could manage their own share the advisor at the financial institution holding the IRA instead liquidated the account and sent each sibling a check for $90,000.

This was a fatal error.

Because the money was distributed to the beneficiaries outright, the entire amount was treated as taxable income. There was no way to mitigate the tax because non-spouse beneficiaries are not eligible to rollover distributions received from an inherited IRA. This momentous blunder on the part of an uninformed financial representative resulted in a major tax problem for the siblings and the filing of a lawsuit against the IRA custodian and advisor. It is not a pretty picture by any stretch.

What the siblings intended was for each one of them to have a separate inherited IRA with the money remaining in each on a tax deferred basis. The siblings would then take separate annual required minimum distributions commencing a year after their mother’s death, each of which would represent a very small portion of their inherited IRAs. Income tax would be paid only on the amount distributed to them each year.

For example, one of the siblings attained age 32 in the year after his mother died which gave him a life expectancy factor of over 51 years. This means the first year after his mother’s death he would have had to withdraw an amount at least equal to 1/51 of the balance of his inherited IRA as of the end of the prior year (.01960 for those more mathematically inclined). This factor would have been reduced by one in each subsequent year until the account was depleted (e.g. 1/50th the second year, 1/49th the third year, etc.) Additionally, each sibling lost the opportunity to name his or her own successor beneficiary for these payments if they happened to die before fully depleting the account.

Instead, income tax was owed all in one year on the entire $270,000 with each sibling responsible for their $90,000 share. This fatal error cannot be corrected; there is no “do over” for this. The siblings are now suing the financial advisor and the institution for $2 million dollars. They feel that that is the amount their combined inherited IRAs would have been worth over their lifetimes if their instructions had been properly carried out.

Don’t let this tremendously unfortunate situation happen to you. Always insure that you are dealing with a financial advisor who has a high level of knowledge regarding IRAs. You can easily find one at our web site by clicking on “Find an Advisor” under the “IRA Resources” tab on the home page. Each advisor listed has been trained by Ed Slott and Company, and all are members of Ed Slott’s Elite IRA Advisor Group. They participate in ongoing IRA training each year.